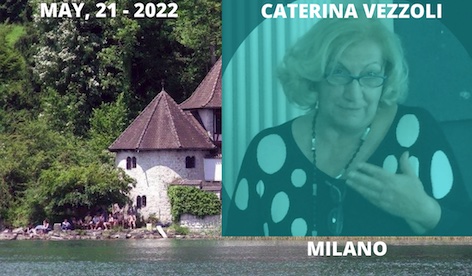 Characteristic of trauma pathology are states of dysregulated emotional and arousal (bodily activation), which are ubiquitously present in patients with complex trauma, it is one of the hallmarks of traumatisation and one of traumatic memory manifestation,unprocessed and inscribed in the body as implicit somatic memory.

Traumatic dissociation can be treated at best with the technique of active imagination first developed and experimented by Jung. Mind is a complex system, while unconscious potential mythopoetic resources can be activated and used in a creative dialogue with the internal figures. The procedure that we call amplification can be used as analogy to create pattern that could match patient difficulties involving right and left hemispheres.

In trauma the dysregulation of affects can be addressed among other systems by using, analogies, myths, fairy tales, images, active imagination to influence a mutually interactive regulation that will take place in the system constituted by the analytical couple or even the analytic group.

CATERINA VEZZOLI, an associate editor of Jung Journal: Culture & Psyche, is a psychologist and psychotherapist, a Jungian analyst in private practice, and a training analyst at the C. G. Jung Institute in Zürich and at the Centro Italiano Psicologia Analitica (CIPA). She is a member of the International Association for Analytical Psychology (IAAP) and the Associazione di Psicoterapia Psicoanalitica di Gruppo (APG), president of the Philemon Foundation, and an active member of the Art & Psyche International Group. In addition to her work as an analyst in Italy, she serves as a visiting supervisor in Tunisia and a liaison for the Malta Developing Group. She conducts research and training activities in the fields of association experiment, analytical psychology, dreams, neuroscience, and the psychoid unconscious. Owing to her interest in gender studies and mysticism, she has published on the unacknowledged position of women in history and on the flowering of female mysticism in the first centuries of the first millennium and the revolution this implied, most recently in Europe’s Many Souls(Spring Journal Books, 2016) and ARAS Connections: Image and Archetype (2019). Her interest in synchronicity with attention to clinical practice and transference and countertransference resulted in a paper in Time and the Psyche (2017). Since her early training in psychiatry, she has maintained a vivid interest in the field and recently contributed to the textbook Manuale di Psichiatria e Psicologia Clinica 5 (2017). Correspondence: CIPA