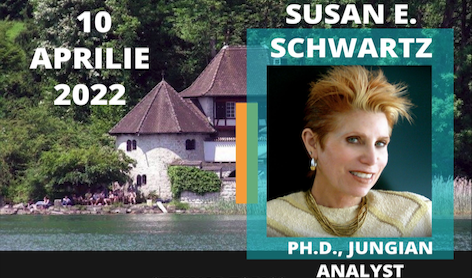 Description:
The negative father in his absence is a love story, but an unrequited one. Harm is done due to the presence of his absence, affecting a daughters and sons—and the father-in body, mind, and soul. For many reasons, the father is an essential aspect of the psyche and significant for  psychological and physical life expressed personally and culturally. Topics of the psyche include the negative father complex, puella/puer archetype and the outdated concept of the animus or what has been called the masculine aspects of the personality. The focus is on the bleaker side of the fathers’ relationship to shed light on the lack, symptoms and problems, as well as the repair and hope.
The information applies to everyone as the aspects of the negative father complex are internalized, figures appearing in dreams and all relationships. The effect of being trapped in a complex of absence and lack saps energy and depletes the person and culture.

Objectives for Lecture:
1. Understand the effects of the absent father from the perspective of Jungian analytical
psychology
2. Discover how to recognize the negative father complex
3. Describe the father transgenerational issues and the effects personally and culturally

Statement on clinical practice:
The presentation brings awareness of the father figure as influential from the beginning of life as well as how he appears or is absent in the transference and countertransference.

Susan E. Schwartz, Ph.D., Jungian analyst and clinical psychologist is a member the International Association of Analytical Psychology. She has taught in numerous Jungian programs and presented at conferences, workshops and lectures in the USA and numerous other countries. Susan has articles in several journals and chapters in books on Jungian analytical psychology. She has a current book published by Routledge in 2020 entitled, The Absent Father Effect on Daughters, Father Desire, Father Wounds. Her analytical private practice is in Paradise Valley, Arizona, USA and her website is www.susanschwartzphd.com